Understanding the History of Angels and Art

How we perceive and understand angels has come through their appearance in art whether that be painting, sculptures, music or in today’s modern society – film and television. Christian art depicts them as something that is intended to be beautiful. It was in the early Christian church where they began to develop mainly as beings of pure spirit. As a result, since they have no defined form artists have taken a wide latitude in what they have created.

In today’s modern culture, the image of the angel continues to be one of a winged human figure. Over time, it has undergone a transformation in its use and message. Whatever the art form used, a common portrayal of angels in Christian religions is that of beauty and serenity. 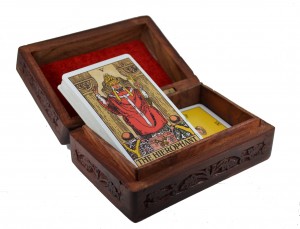 Many individuals lead busy lives and sometimes need a way in which to escape from the stresses and anxieties that can form. Some choose to watch television and others choose to play games but there is a wide number of people that want to dig deeper and understand their own personality through the use of spiritual techniques. There are many ways in which to do this and more and more individuals are choosing a better way of life, so as to live the way in which they choose to and in a way that is fulfilling. In this article we will take a look at some of the things to consider if you wish to choose a spiritual way of life.

Tarot cards are one way that many individuals choose to connect with their inner spiritual presence and these cards have been used for many years as a way in which to connect with the subconscious and with the spirit world. The cards rely on the Tarot card reader who can provide meaning via the cards when they are laid out in specific ways. Tarot cards are designed to connect our conscious with our unconscious and this is done through the symbols, as well as the objects that can be found within the cards themselves.

Aromatherapy is another form of stress relief that can be useful for those who suffer from headaches, insomnia and changes in mood. They can be used around the house and will also be effective when they are applied to the skin in the form of oils. There are many different forms of aromatherapy available.

Is an interesting thing that is known to enhance the self-awareness of an individual. There are many different crystal healing stones that can be worn in different ways and these can represent different things. Wearing these can enhance the individuals spiritual awareness and can make them feel more in touch with their inner energy.

Has been used for many years and is perfect as an additional form to that of meditation. There are many different fragrances and incense sticks that can be found and these can be used to create different atmospheres for those that want to get in touch with their deeper side. Whether you want the traditional incense stick that can be used quickly and effectively, or if you want a sage spirit smudge stick, then the choice is yours.

There are many other ways in which to be deeper in one’s life and these may include decorative features that can be kept around the home. The Buddha is often a popular choice as an individual that is used as a decorative feature within the home. Crystals can also be used to draw in light and create a better atmosphere.