Aquamarine evokes the clarity of crystalline waters and the overall serenity of the sea. It is relaxant, a soother and a cleanser; it inspires honesty, trust and not letting go. In ancient times, aquamarine was believed to be the property of mermaids and was used by seafarers as symbols and as talismans of good luck.

Aquamarine was believed to possess protective qualities and instill fearlessness in those who wore it. It was also considered to be a stone relating to eternal youth and joyousness. In the modern world, it is believed that aquamarine guides those who travel by, over or close to bodies of water. Aquamarine reconnects the channel of meaningful communication and spirituality in a person.

Its name is derived from the Latin aqua marinus, literally translated as ‘water of the sea,’ referring directly to its glimmering ocean-esque colour. Aquamarine is a member of the Beryl family and is a transparent, pale blue crystal. Sometimes aquamarine has a bluish-green appearance because of iron-oxide build up within the stone itself. 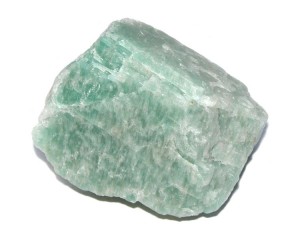 Ancient seers believed that the stone was under the divine influence of the moon, a celestial body exerting magnificent magnetic fields. Present day believers in the stone believe that the gem is used to foresee forthcoming and future events; this is all while the moon is increasing in size. The magnetism of the moon will increase the iron oxide content in the stone and therefore amplify its forecasting characteristics.

Aquamarine is connected with all things related to the seas and oceans, as well as being linked to heaven reflecting on the surface of a body of water. The stone becomes a symbolic mirror, reflecting itself indefinitely; thus making it possible to unearth different/hidden meanings in reality. It is a stone of symmetries and is used in mediation and revelation; it is a stone of healers, prophets and of mystics. Ultimately it allows us to explore the deepest and darkest parts of ourselves in an engaging way; creating a face-to-face meeting with ourselves and our souls.

Aquamarine stone meanings encompass all that is water because of how the precious gem is formed.