Aura Quartz is a fascinating stone, clear in colour with flashes of rainbows running through it. A stone for cleansing aura’s and stimulating Chakras. Known to bring inner peace and balance, bringing all things in to the light of beauty both in the natural and the spirit worlds. One of the more expensive of crystals around.

Quartz is a form of silica and is the most common mineral the earths crust. As such Quartz and Quartz crystals can be found in large quantities the world over. Regardless of this fact very clear and large Quartz crystals are highly praised by collectors. Quartz Crystals that have been coated in metallic vapour by a process called Vapour deposition.

Price is for 1 piece 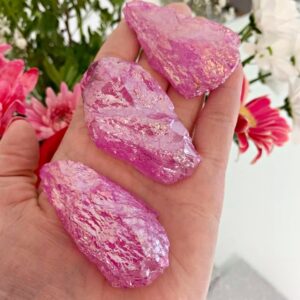 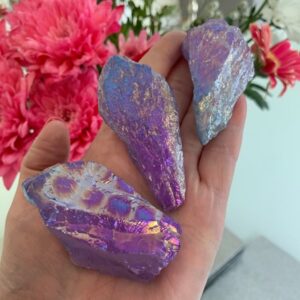